The world of dietary supplementation is full of contradictions, myths and half-truths that in this short article I am going to try to clarify and shed light on this area.

” Fat burners” are supplements that are sold as aids, sometimes almost miraculous, to lose or eliminate body fat. One of the groups with the most supplements on the market due to the population’s need to reduce their body fat percentage almost obsessively and as quickly as possible (Maughan et al., 2018) .

L-carnitine is the “fat burning” supplement par excellence, but unfortunately there is no scientific evidence to support the effect of reducing or promoting greater fat loss with its intake.

It is true that carnitine is vital for transporting fatty acids within the mitochondria, but nevertheless, carnitine is made from methionine and lysine, and these amino acids are not usually a limiting factor in the Western diet. In other words, in a diet with a fairly good protein intake, there will always be enough carnitine and, on many occasions, more is not better .

Although we provide our body with very high amounts of carnitine, the real limiting factor in this equation are the mitochondrial membrane transporters, called CAT 1 and CAT 2. Thus, if there are not enough transporters (CAT 1 and CAT 2) for all the carnitine we are producing, increasing this will be redundant. 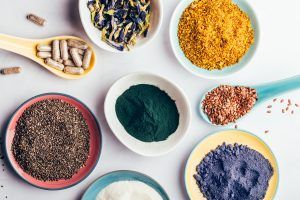 It is a type of catechin (polyphenol) found in large amounts in tea. Polyphenols are chemical substances with various benefits for humans, especially due to their high antioxidant capacity , although they are also given properties for the prevention of cardiovascular diseases and improvement of our intestinal microbiota , helping the proliferation of beneficial bacteria for our body. (Maughan et al., 2018) .

But with regard to promoting greater fat burning , studies and clinical trials show some uncertainty and conflicting results . The catechin that is usually marketed for this purpose is EGCg, and there are studies that show that it can slightly increase fat oxidation, increasing thermogenesis, especially in obese people . Therefore, its supplementation in healthy people with normal weight usually has a null effect (Baladia et al., 2014), (Stendell-Hollis et al., 2010)

It is also true that in some studies carried out on people with obesity, the combination of EGCg with caffeine can produce a certain synergy, slightly increasing the effect. Its supplementation is usually recommended on an empty stomach, but beware that in high amounts it usually produces gastrointestinal problems and do not be alarmed that with its supplementation you hardly observe changes, since what has been said, there are many studies with contradictory effects on this supplement and fat burning ( Hursel & Westerterp-Plantenga, 2009).

It is a supplement that is often recommended in order to maintain lean body mass (muscle mass), during periods of caloric deficit (calorie intake below our needs) focused on weight loss at the expense of body fat.

But the truth is that this supplement lacks scientific evidence to support this effect. Yes, it is true that there is some study that confirms that in bedridden people or without any physical activity, either due to injury or illness, said supplement can help retain lean body mass (muscle mass) of said person and prevent losing a lot of muscle during this stage.

In healthy people, without apparent pathologies, taking this supplement with the intention of retaining muscle mass during periods of caloric deficit is useless. During this stage it is more important that we ensure protein intake according to our needs in our daily lives, rather than trying to find miraculous effects in supplements (Jakubowski et al., 2019), (Wilson et al., 2014) 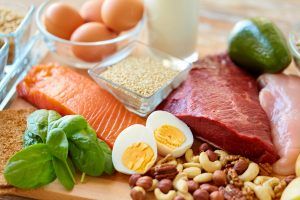 They are nothing more than mixtures of the components mentioned above, with the addition of some other compound such as: caffeine, taurine, guarana, etc.

And the truth is that they do not have a “ fat burning ” effect , as such, although it is true that, with the addition of caffeine and derivatives, what they do produce is a stimulating effect on the central nervous system, since caffeine acts mainly as a adenosine receptor antagonist and this is a molecule that is secreted endogenously in the human body and that in the brain causes inhibition and sedation of the central nervous system.

In order to cause these effects, adenosine must bind to specific receptors found in the brain, and caffeine blocks these effects by preventing adenosine from binding to these receptors. In fact, caffeine is the one that binds to these receptors without activating them and from there we obtain the benefits of the supplement, by stimulating the central nervous system and preventing the early onset of fatigue and  drowsiness associated with adenosine (Jakubowski et al., 2020 ), (Westerterp-Plantenga et al., 2005), (Jorquera Aguilera et al., 2016)

In conclusion , what these products cause is that, through caffeine and derivatives , you can demand a little more of yourself in your sports discipline (CrossFit, gym, powerlifting, weightlifting, swimming, tc), improving to a certain extent the performance and with it the results (greater gain in strength, muscle mass, or loss of body fat). But the same effect can be achieved by drinking one or two black coffees 30-60 minutes before going to the gym and for a much cheaper price . 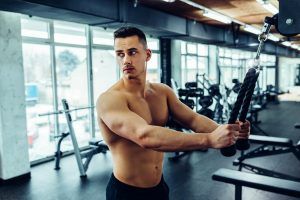 If you are really looking to define and reduce your body fat % , the first thing you should keep in mind is that this is not achieved in a matter of weeks or a few months and is rather a long  -distance race , which can take you half a year, a year. or even years, if you really want to do it right and that the results you get can last and be maintained.

When you start this stage, before thinking about supplements, first focus on correcting  the basis of your diet and creating a daily caloric deficit (calorie intake below your needs), ensuring protein intake in your day to day.

And remember that, to obtain great results, any diet or nutritional plan must go hand in hand with an active lifestyle , find the sport discipline that you like the most and motivate you and go for it:

We can already say that kiwi is beneficial for intestinal transit

12 vegan and healthy recipes to succeed these Christmas parties