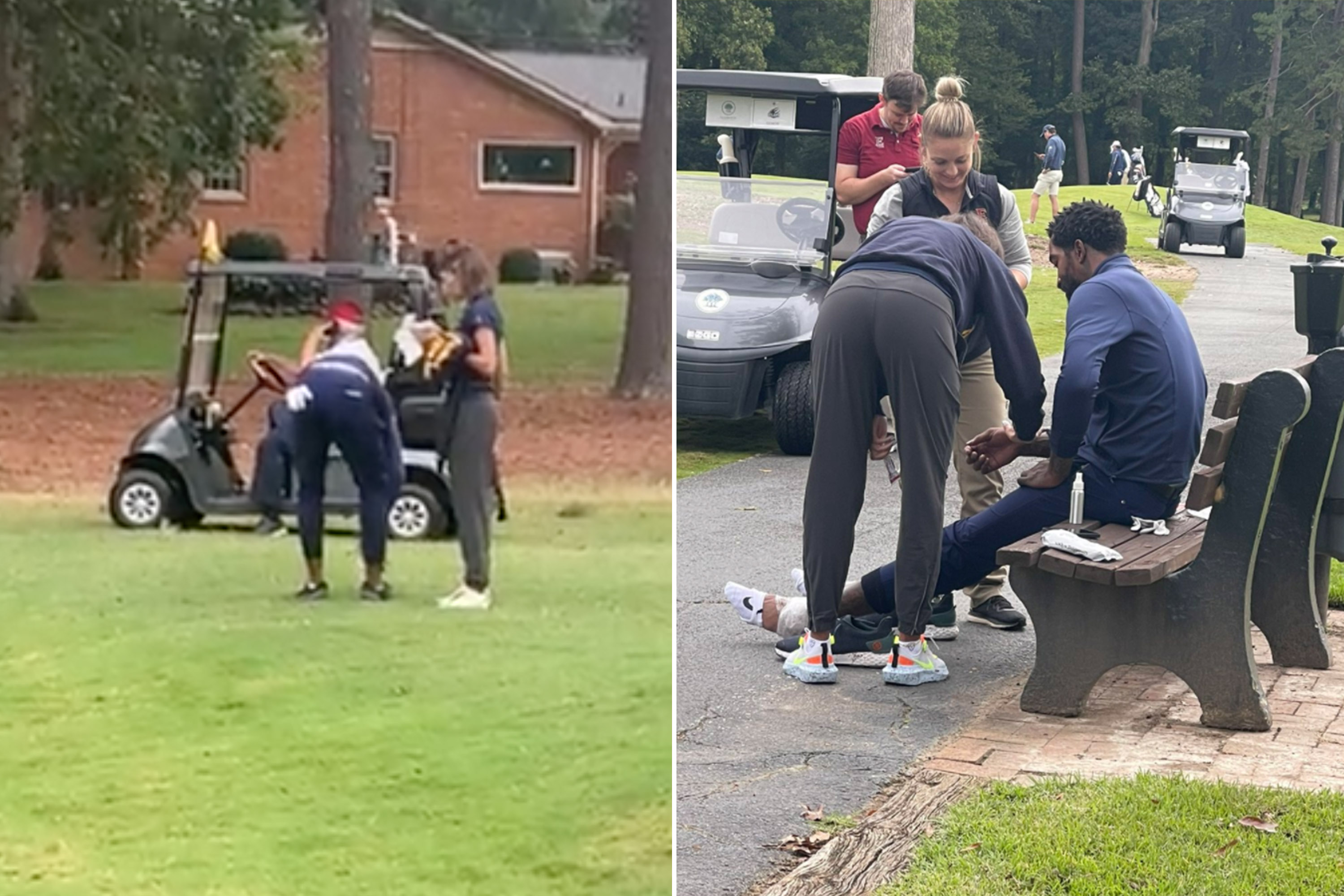 According to reporters at the Elon Phoenix Invitational in Burlington, NC, on day two of his debut with North Carolina A&T, Smith was met with a medical cart after stepping on a beehive.

Smith was playing his final round when he was apparently looking for his ball in the woods on the 12th hole. It was here that he came in contact with the beehive.

Video footage shows the two-time NBA champion wiping his ankles in the green. Smith stood under his own power, and was not seriously injured in the clip.

Delayed by the event, Smith stood at the side for evaluation, as the other groups played.

Additional photos from the tournament show Smith receiving medical aid – where his shoes were off and ice wrapped around his ankles.

Smith enrolled in North Carolina A&T in August, where he is pursuing a degree in liberal studies while playing for the golf team.